You unfold the map on your desktop and realize that despite being a small island, tons of towns and cities in Ireland are waiting to be discovered. You were happy because you got that plane ticket to Dublin at a great price and, even more, because you found out that Mexicans do not need a visa to travel to Ireland. However, you had not stopped to plan your itinerary and now you find yourself more confused than ever in front of a large map of this small country. Thoughts like where will I go, how will I get there, and which place is more beautiful plague your mind.

Worry no more, as I come to your rescue with excellent news. Although the island of Ireland is divided by an invisible border between two countries (the Republic of Ireland and the United Kingdom), traveling from one region to another and even between the two countries has never been easier. You have trains, buses, and the odd boat at your command.

And believe me, after enduring the long distances that one faces when traveling within the Mexican Republic, it will make you laugh to do so between the different destinations in Ireland. To give you an idea, the travel time between the two great capitals of the island, Dublin, and Belfast, is approximately two hours. But I’m already straying from the topic, let’s get back to the main point.

Take advantage of this good connectivity and short distances to travel from one city to another and get to know as much about Ireland as you can. Remember to include in your list of destinations the following five cities, which are frankly unmissable for their beauty and tourist attractions. 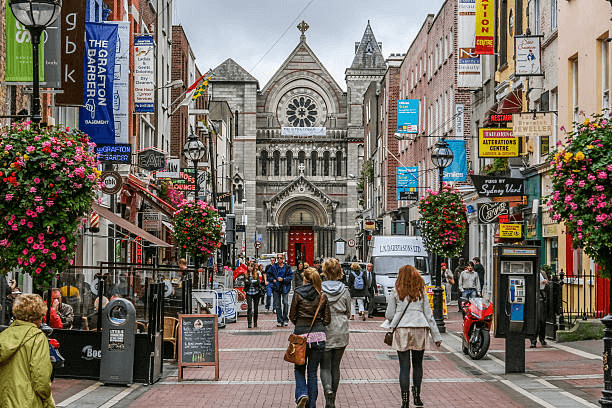 Dublin is the largest city on the island, with almost two million people (do I hear Mexico City laughing in the background?). This is the place to come if you want to drown your sorrows at night with pints of beer and during the day take one of the city’s famous literary tours. There are two places that, in my opinion, you cannot miss anything in the world: Guinness Storehouse, a museum that was voted in 2015 as the best tourist attraction in all of Europe, and the Temple Bar district, where all roads cannot lead to Rome, but to a pub. 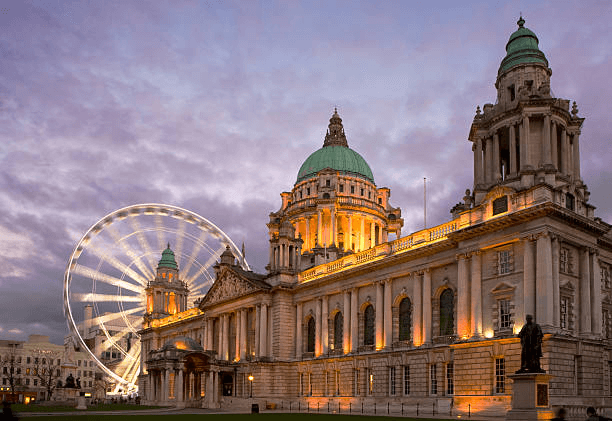 If you travel two hours north of Dublin, along the coast, you will sooner or later arrive in Belfast, the capital of Northern Ireland. 20 years ago, it was unimaginable to consider a trip to this city since it was immersed in an inter-ethnic and religious armed conflict (Protestants against Catholics) that lasted almost 30 years.

Today Belfast is emerging from the ashes of war with a millionaire investment that is making it the new fashionable destination, especially among fans of Game of Thrones, a series that is filmed in this city. The two must-see places are the Titanic Belfast museum – did I mention that this is where the most famous shipwreck of all time was built? – and the Ulster Museum, where you’ll learn all about the conflict known as The Troubles. 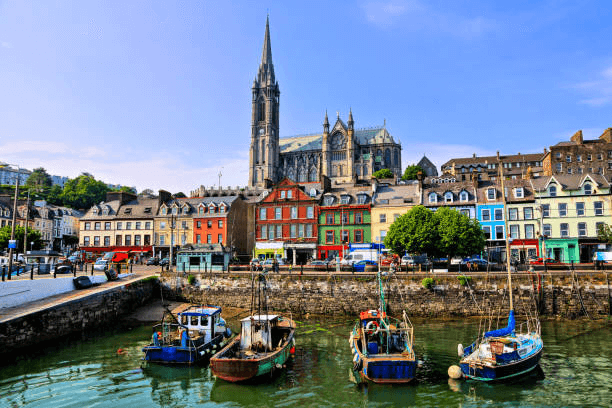 Cork, located in the south of the island of Ireland, attracts travelers for its traditional atmosphere. The city was built on top of a swampy area made up of many islands. That is why Cork is considered the Irish Venice. Compact and easy to navigate on foot, the city center is full of 17th-century alleys, bridges, and pubs. Here you must visit the English Market, so beautiful that it was even worthy of a royal visit by Elizabeth II in 2011, and the Church of Santa Ana, one of the most important 18th-century churches on the island. 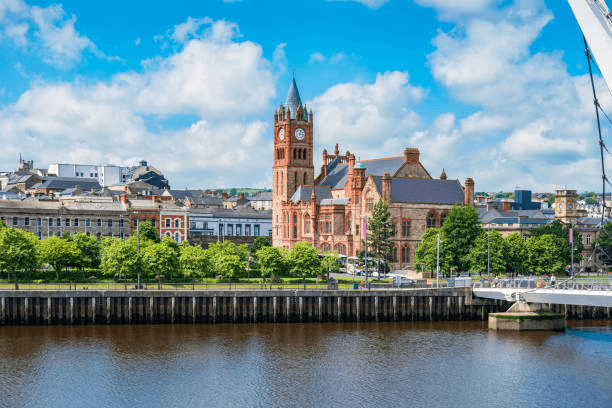 Derry, also known as Londonderry, is a breathtaking little city for its well-preserved 17th-century wall. In fact, it is the only city with a complete and intact wall in all of Ireland. This construction has a circumference of 1.5 kilometers and passes by sites such as the Town Hall, the Tower Museum, and the Cathedral of Saint Columba, all worth a visit. If you can, try to get to Derry by train. A few kilometers before arriving at the station, you will see some of the most impressive landscapes on the entire island, including sky-high mountains, white-sand beaches, and mysterious swamps. 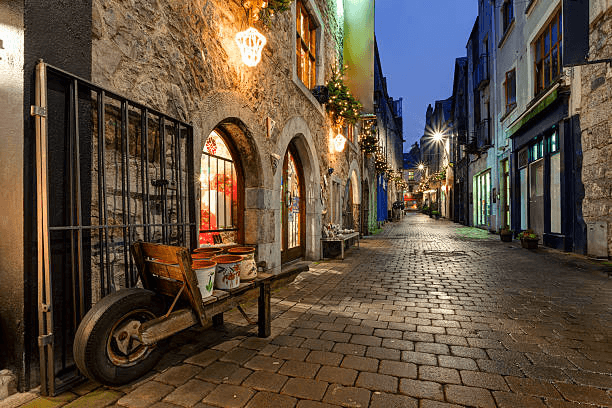 Galway is a small city on the west coast of Ireland and the ideal point to discover all the wonders of the area. Inside Galway, you can keep busy visiting museums, restaurants, and pubs, but I ask that you spend most of your time getting to know the surrounding natural attractions. The honorable mention goes to the Cliffs of Moher facing the Atlantic Ocean. Nor can you miss the magical landscapes of the Connemara Peninsula, the Aran Islands, and the region known as The Burren.