More on Chief Sealth – The Chief Whose Name is the City Of Seattle. 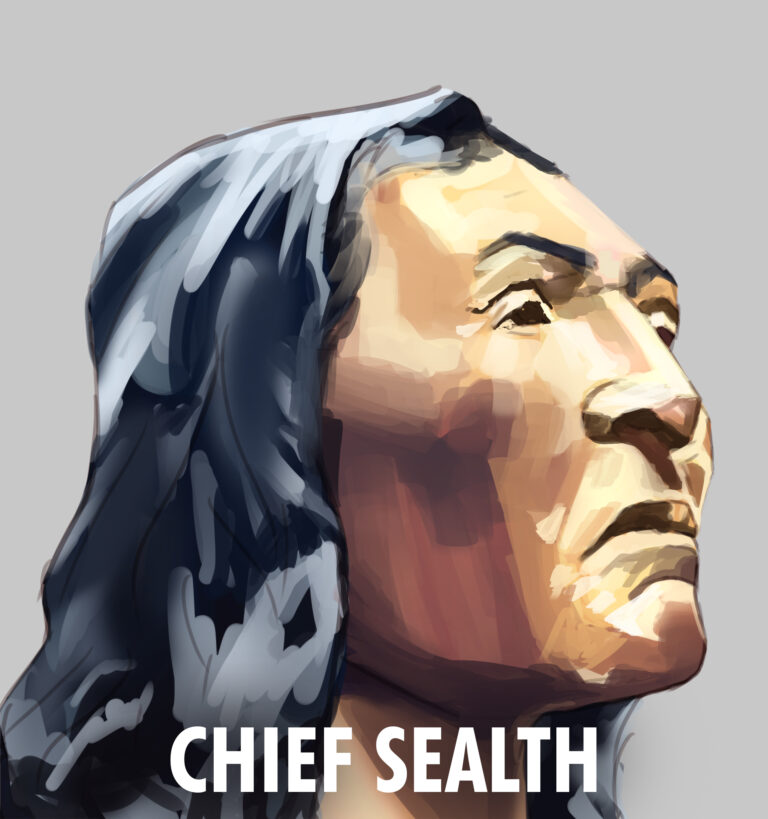 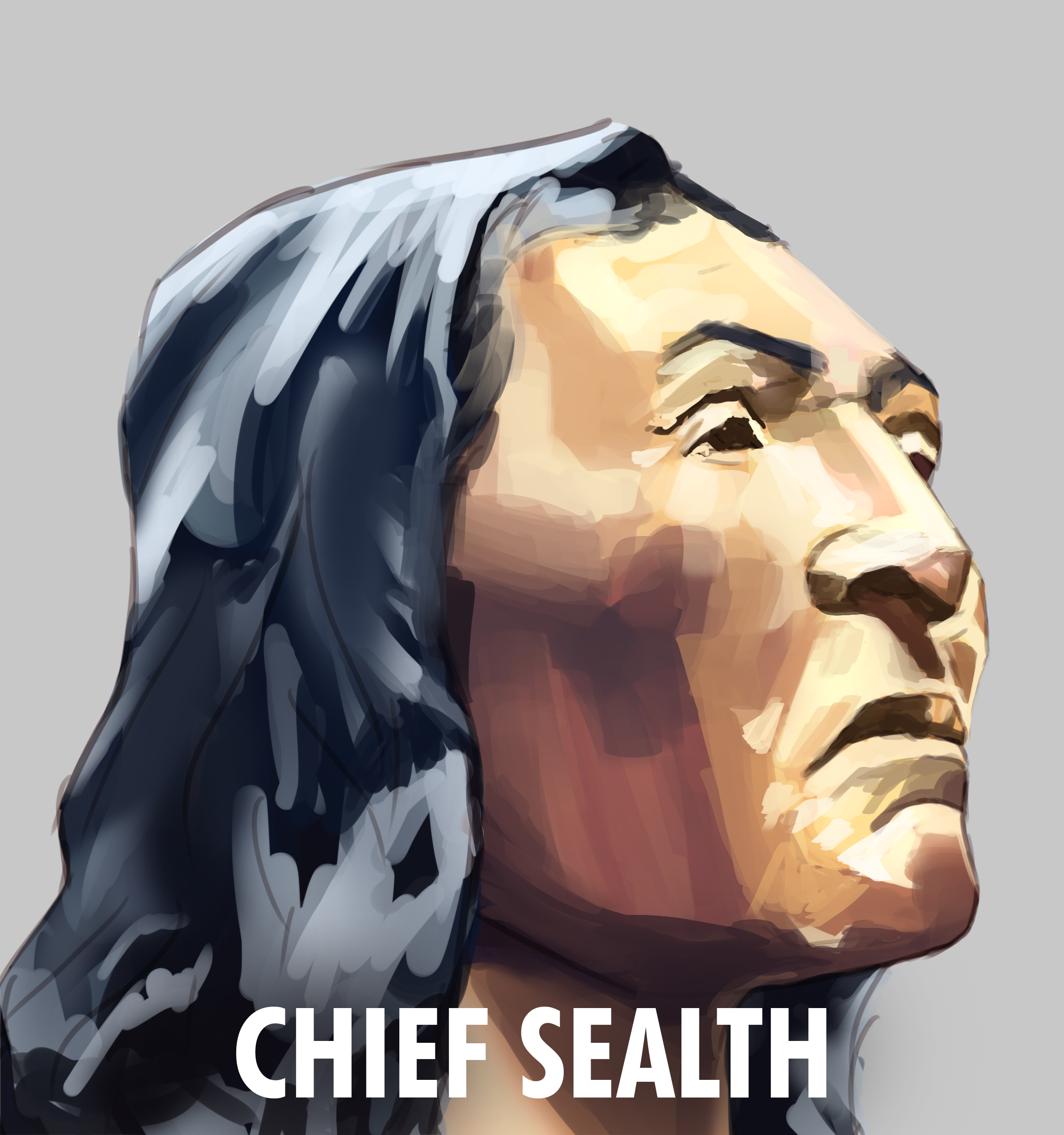 Chief Sealth
The city of Seattle, Washington was named after the chief of the Suquamish and Duwamish Native American tribes in the area of what is now Washington State. There are a variety of spellings for this important figure’s name, Seattle being chosen as the best pronunciation.

He was born somewhere around 1786. Some put the date as early as 1780. He inherited the role of chief from a maternal uncle; not all tribes go with strict patriarchal lineage. In all accounts, he was a good chief, protecting both his people and his lands.

How leadership worked in the tribes all along the Pacific Northwest is a little different from the way we think of them. While the white people called him “chief,” there actually was no job of that description. Chief Sealth was actually a tyee.

If he wanted his people to listen to him and follow him, he had two jobs. One was to word things in a way that made the people agree with him. Chief Sealth was a great orator, in part because his voice could carry for over a half a mile.

The other was to share his wealth with his tribe. These tribes had what was referred to as a potlatch. In this festive environment, people showed their wealth by how much they gave away. The tyee was considered very wealthy and was expected to give the most at these gatherings.

Chief Sealth was a reasonable man and one who understood the way things were in his world. It is said that he was impressed with the guns aboard the first vessel the white men sent to Puget Sound. It is logical to believe that he was aware that those very guns would be a problem for him and his people.

When white settlers began to arrive, Chief Sealth was willing to work with them rather than against them. For a few years that worked very well. He became good friends with a white settler named Doc Maynard, who influenced the growing city to name itself for his friend.

Chief Sealth was somewhat appalled by the pronunciation of his name. Seattle was as close to the proper pronunciation as could be made by the foreigners. He said he felt he would rotate in his grave every time someone said the word that way.

As time passed, Tyree became a Christian. He was baptized Noah Sealth into the Roman Catholic Church. In fact, the Lutherans of the area also consider the Tyree to be important enough to have a saint day.
It is more than could be hoped for that the chief would live out his days in honor and peace. Instead, he and his people were bundled off into a reservation. The treaty with the government was not ratified in his lifetime. He died poor and his people lived impoverished for quite some time.

If you visit Seattle, you can see a statue of the man in Pioneer Square. I’ve actually seen it, and it is a good work of art. You may also visit his grave at Fort Madison, where another statue has been raised in his honor.

THE CITY OF SEATTLE RESIDES ON THE TRADITIONAL LAND OF THE COAST SALISH PEOPLES, PAST AND PRESENT. WE HONOR WITH GRATITUDE OUR SHARED LAND AND WATERWAYS, AS WELL AS THE HISTORY AND HERITAGE OF OUR INDIGENOUS NEIGHBORS. 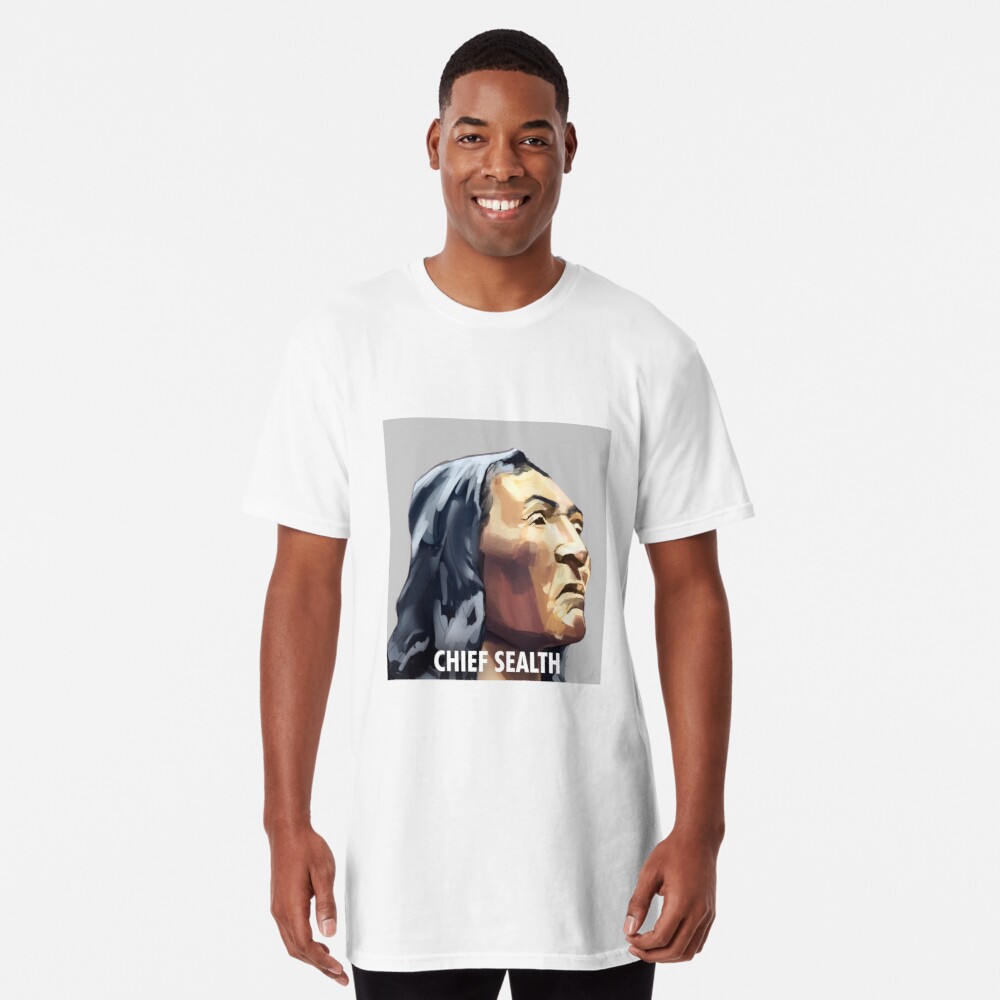 PrevRevealed: The 23 Best Beaches In Curaçao To Explore
Haunted Places in The U.S.Next