Damasquina is the oldest inhabited city in the world, and that is palpable in the atmosphere. Cradle of civilizations, the Syrian capital, brims with history in each of its most authentic corners, but it is also an inevitable symbol of modernity. Damascus is so special that legend has it that Muhammad, on his way to Mecca, observed the city from the mountain but did not want to enter because he only wanted to visit paradise once: when he died.

The first day you go out in this city, you realize that you have to keep your eyes wide open; not only not to lose detail, but because you need them to survive the terrible traffic that circulates without order or law. Syrians are certainly a danger behind the wheel if you are not used to that way of driving. After five days in Damascus, cars, motorcycles that carry entire families, bicycles, and thousands of taxis are raffled without a problem. 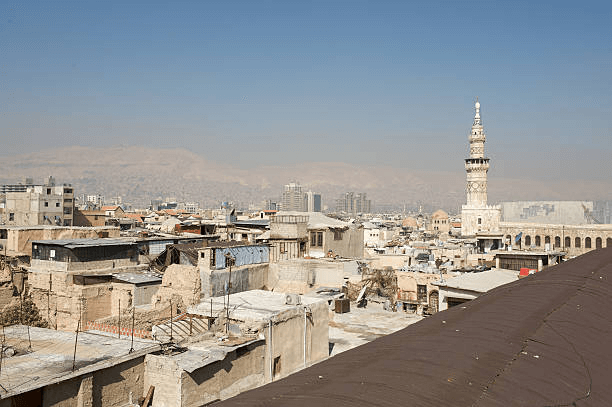 Like many cities in the Middle East, Damascus is a city of high contrasts. Just one walk through the embassy area or look at the Four Seasons hotel, one of the best in Syria, to get the impression, Westernized women without veil, expensive cars, top executives. Streets beyond the legendary Damascus begins, that of the tales of the Thousand and One Nights. Just as you walk through the gate of the al-Hamidiyya souk, where the most traditional Syrians and Arab tourists meet, you start to see real ghosts dressed in black from top to bottom.

When you enter the gallery of this souk, you expect a much stronger smell and, perhaps, a lot of disorder. But there is none of that. However, there are shops for the most daring sets of lace and exaggerated wedding dresses throughout the entire aisle. The beams of light reflecting off the ground come from the holes in the upper vault made by French bullets in the 1925 Nationalist revolt, completing the charm of the scene. 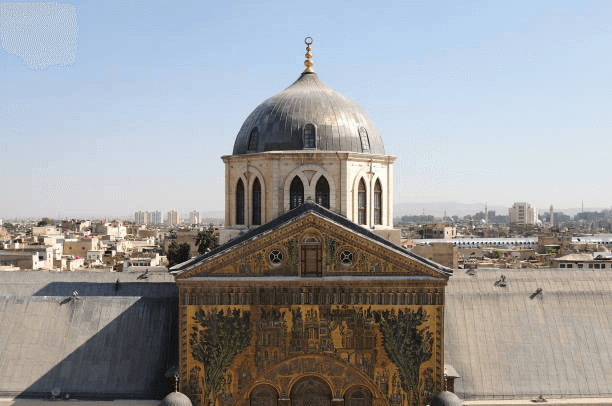 A Roman temple dedicated to Jupiter and, behind it, the great Umayyad mosque. This temple of Islam, the most important after Medina and Mecca’s sacred mosques, has a long history that dates back to three thousand years ago, when the Arameans built a temple to one of their gods. After paying the corresponding tourist ticket, covering up with a djellaba, and taking off your shoes, you can enter this magnificent building that leaves no one indifferent. Its central courtyard is what is most impressive due to its dimensions and the reflection of the entire mosque on the ground.

The old city is not just a mosque and shops; Getting lost in the Christian neighborhood, which is at the end of the so-called Calle Recta, is a very relaxing option for the afternoon. One after another, the old Damascene houses make up narrow streets adorned with vine trees, hanging clothes, and other most curious elements such as shop windows full of Christian images. The inhabitants and shopkeepers of the area continually invite you to have a very sweet tea that is worth accepting because the conversation, the laughter, and some purchase of handicrafts are guaranteed. Of course, it is impossible to avoid the haggling ritual of which, with a little patience, you can emerge as an expert.

There are two ways to end a day in Damascus, and on the other hand, they are perfectly compatible. The first is to enjoy a dinner in the courtyard of al-Khawali, a good restaurant, they say one of the best in the city, which for a Spanish pocket is still cheap. The truth is that their Lamb with yogurt sauce is an experience for the palate, and the restaurant’s atmosphere is perfect. The whole patio smells like fresh bread because there is a boy working in the oven constantly, and the colorful fruit fills all the tables.

The last glimpse of the day has to be at night, from Mount Cassius. A sea of ​​lights extends below this viewpoint, a must to get an idea of ​​what Damascus is really like; with its Umayyad mosque, with its towers in the new zone, with the secret presidential zone, with its traffic. A city that definitely remains on the retina.