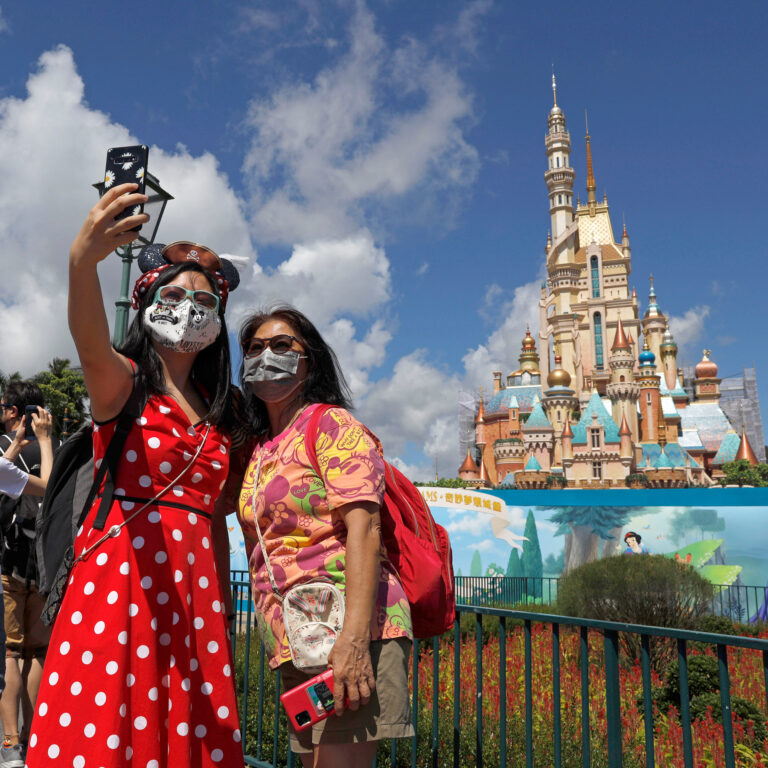 On September 12, 2005, the newest member of the Disneyland family of theme parks and resorts opened to the public. Hong Kong Disneyland is located on the island of Lantau, positioned to look out over Penny’s Bay and the Chinese Sea. Started as a joint operation between The Walt Disney Company and the Hong Kong SAR government, Hong Kong Disneyland brings the magic of Disney to a whole new heights respecting the aspects of the culture of the country where it makes its home. The park boasts 2 glamorous hotels, the Disneyland Hotel and Disney’s Hollywood Hotel. You can stay at the park or find hotels nearby. 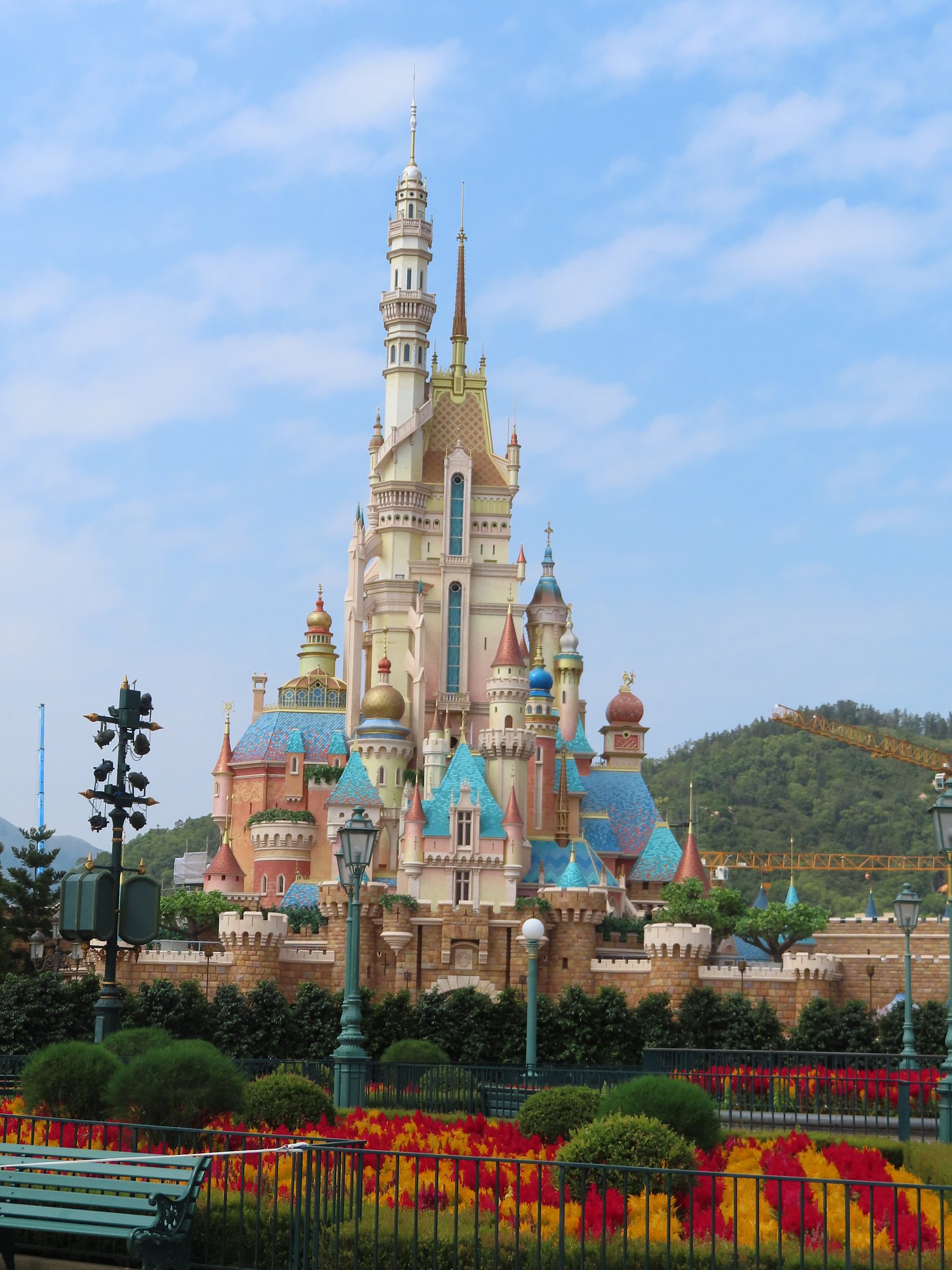 Hong Kong Disneyland has some of the attractions that will be familiar to visitors of Disney’s other parks. Main Street looks like a piece of Americana transplanted, with the Hong Kong Disneyland Railroad for a trip around the park. There’s also Adventure land, with the exciting Jungle River Cruise and all the animal sights and sounds. Tarzan has made his home in Adventure land, where guests can take a ride on a raft to cross to Tarzan Island, where they can visit Tarzan’s Tree House. For those who love the movie The Lion King, there is a musical performance based on the story as well ñ The Festival of the Lion King. 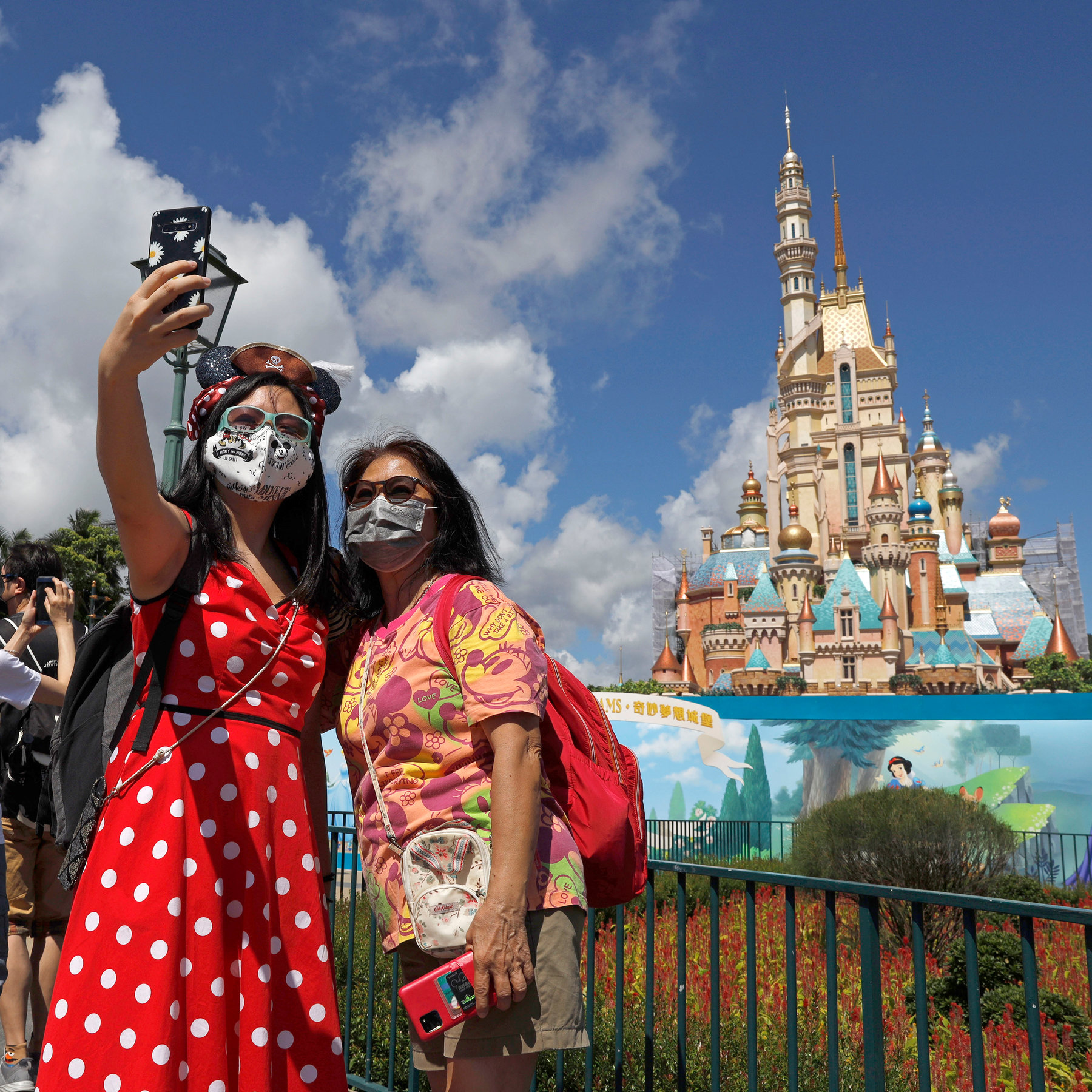 In the original Disneyland, Fantasy land is well known for the symbol that people think of when speaking of Disney – Cinderella’s Castle. Hong Kong Disneyland’s version is the castle of Sleeping Beauty, where children can explore the fairy tale and their imagination. They can also visit the grotto of another Disney princess, Snow White. Cinderella is there too, represented by a beautiful carousel ride. There’s everyone’s favorite bear at The Many Adventures of Winnie the Pooh ride. More popular Disney rides include the Mad Hatter Tea Cups and Dumbo the Flying Elephant. Children and grown-ups can watch a 3-D movie with all the favorite Disney characters at Mickey’s Philharmonic or The Golden Mickeys at Disney’s Storybook Theater.

The other family area  Tomorrowland, gives visitors a Disney vision of the future. The three main attractions include 2 of the fastest, really  exciting rides in the park. Space Mountain is a literally rocketing rollercoaster.  The Jungle River Cruise takes you on an outdoor journey.  How about the Mad Hatters Tea Cups to go around and around? Pilot your very own flying saucer high above Tomorrowland amid a glistening galaxy of orbiting planets – Orbitron

Visitors have a choice  to stay inside the park at one of the two hotels. The Hong Kong Disneyland Hotel is designed to take you back in time to the grandness of the Victorian era. The European influence is obvious in the 400 luxuriously appointed rooms. Guests can enjoy spa services at the hotel as well. At Disney’s Hollywood Hotel, the 600 guest rooms are decorated in an art deco style, meant to bring back the allure of the golden age of Hollywood. 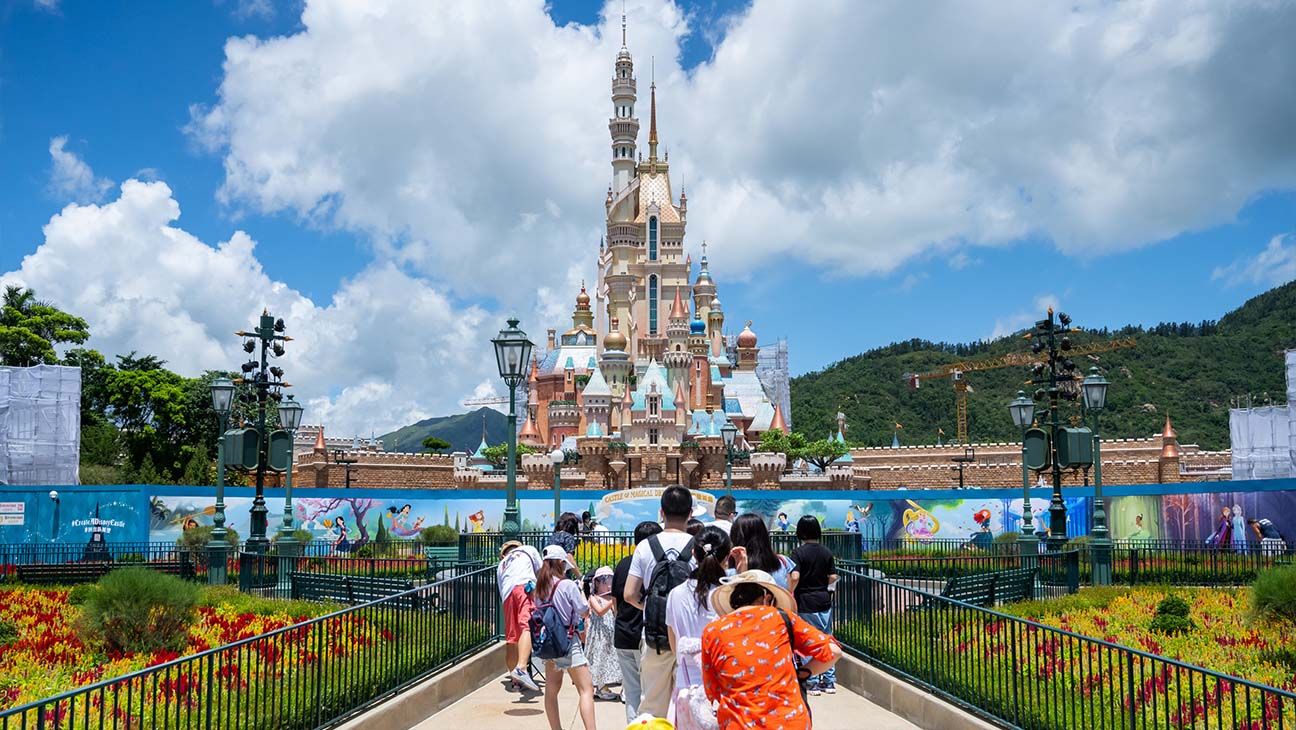 While the park exposes local visitors to traditions and exhibits from the Western world, local culture is honored as well. At the opening ceremonies, children sang in English, Cantonese and Putonghua. The Hong Kong Children’s Choir was followed by other local traditional performances, such as Chinese acrobats and dancers performing a Lion Dance.

Indeed, this is an American Park and when it opened the ceremonies were attended by members of the local government, as well as representatives from Disneyland theme parks in other countries. The culture of the Hong Kong region is also reflected in the cuisine served throughout the park.  While it is true, that guests can find food that is served in the West. There are also local dishes that they can try.