Heading Across the Pond? Museum Bound? 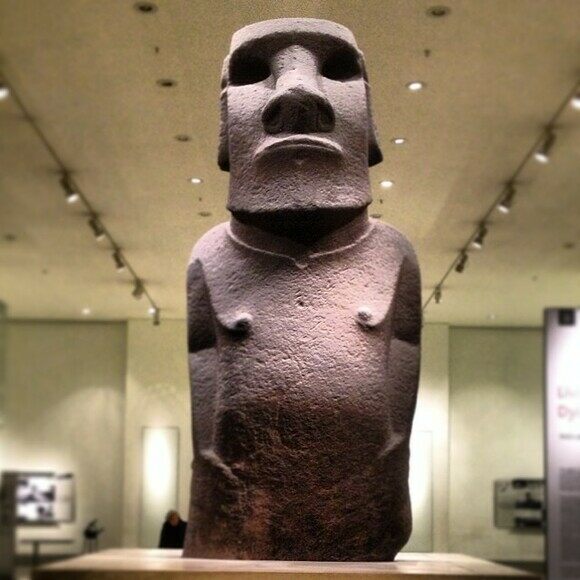 The British Museum is opening soon.

The British Museum Must See

1. The Stone of Rosetta

The Rosetta Stone, the key that opened ancient Egyptian hieroglyphs, is one of the Museum’s most renowned items.

It is engraved with a decree (official edict) that was formerly part of a bigger stone slab. The decree is not particularly unusual in and of itself, but the fact that it is written in three different types of writing (or scripts) – hieroglyphs, Demotic (the local indigenous Egyptian script in use for everyday purposes, ” which means “local language”), and Ancient Greek – allowed experts to eventually decrypt hieroglyphics. This opened up the world to historic Egypt, from its classical antiquity to its ideas about the hereafter. 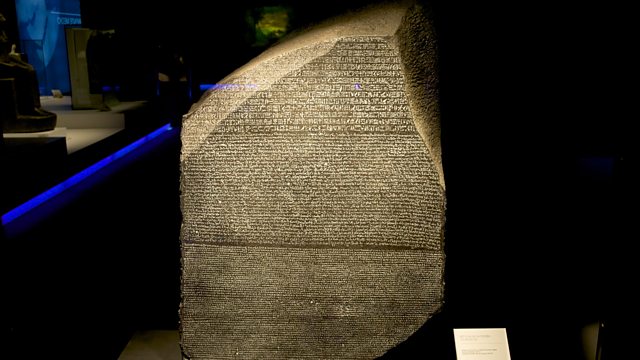 This magnificent antique Greek basin and stand were designed to store wine and drinks for a banquet. They were created circa 580 BC in Athens. The vessel is enshrined with the phrases ‘Sophilos made me,’ which refers to the artist who created it.

The vase depicts events from Greek mythology, notably the marriage of Peleus and Thetis, the legendary Achilles’ parents. The ancient hero was among the finest fighters of the Trojan War, whose narrative is recounted in Homer’s Iliad. 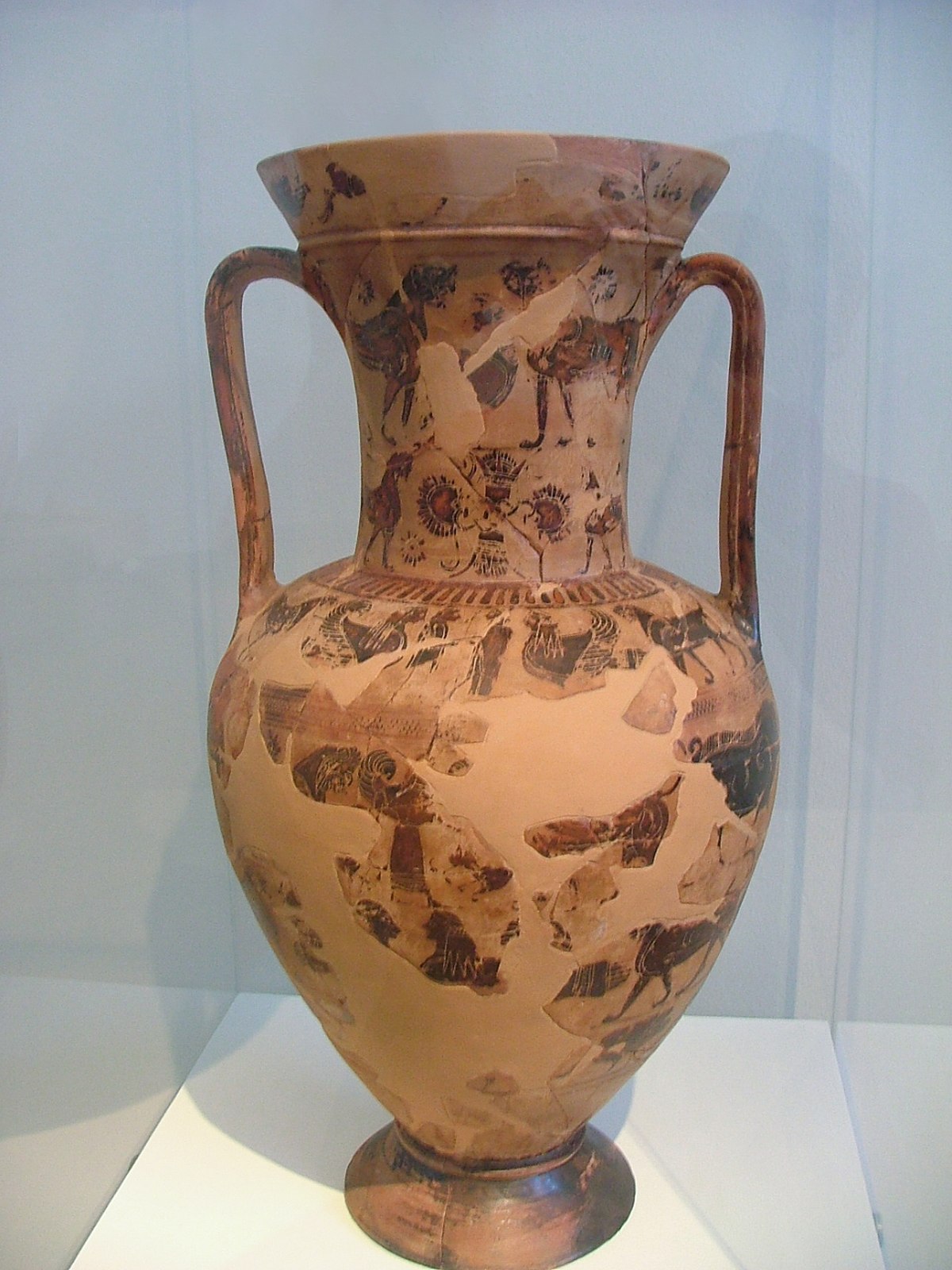 3. Sculptures of the Parthenon

Stunning ancient Greek sculptures graced the Parthenon, a monument on the Athenian Acropolis, and were sculpted some 2,500 years ago (the ancient citadel on a rocky hill in the city). The deity Athena Parthénos was the guardian goddess of Athens, and the shrine was devoted to her. Parthénos is a Greek term that means ‘maiden, girl,’ or ‘virgin, young single lady.’

The artist Pheidias created the temple’s statues, which were lavishly embellished. The facades (the triangle structure on top of the sanctuary) and metopes (crafted paneling) depict scenes from Greek mythology, whereas the frieze depicts Athenians in a sacred ritual to commemorate the goddess’s birth. Within the temple there stood a magnificent gold and ivory figure of Athena, which has since vanished.

4. Grayson Perry’s The Tomb of the Unknown Craftsman

Grayson Perry, a British Museum Trustee and Turner Prize-winning painter, created this ephemeral installation. The artwork, which depicts an iron ship departing into the hereafter, serves as a testament to all of the unidentified talented people — men and women – who have created the Museum’s exquisite things. The piece will be on exhibit in Room 17, close to the 390 BC Nereid Monument from western Turkey. The Nereid Monument had been a mausoleum for a local king that was erected and sculpted by unknown craftsmen. 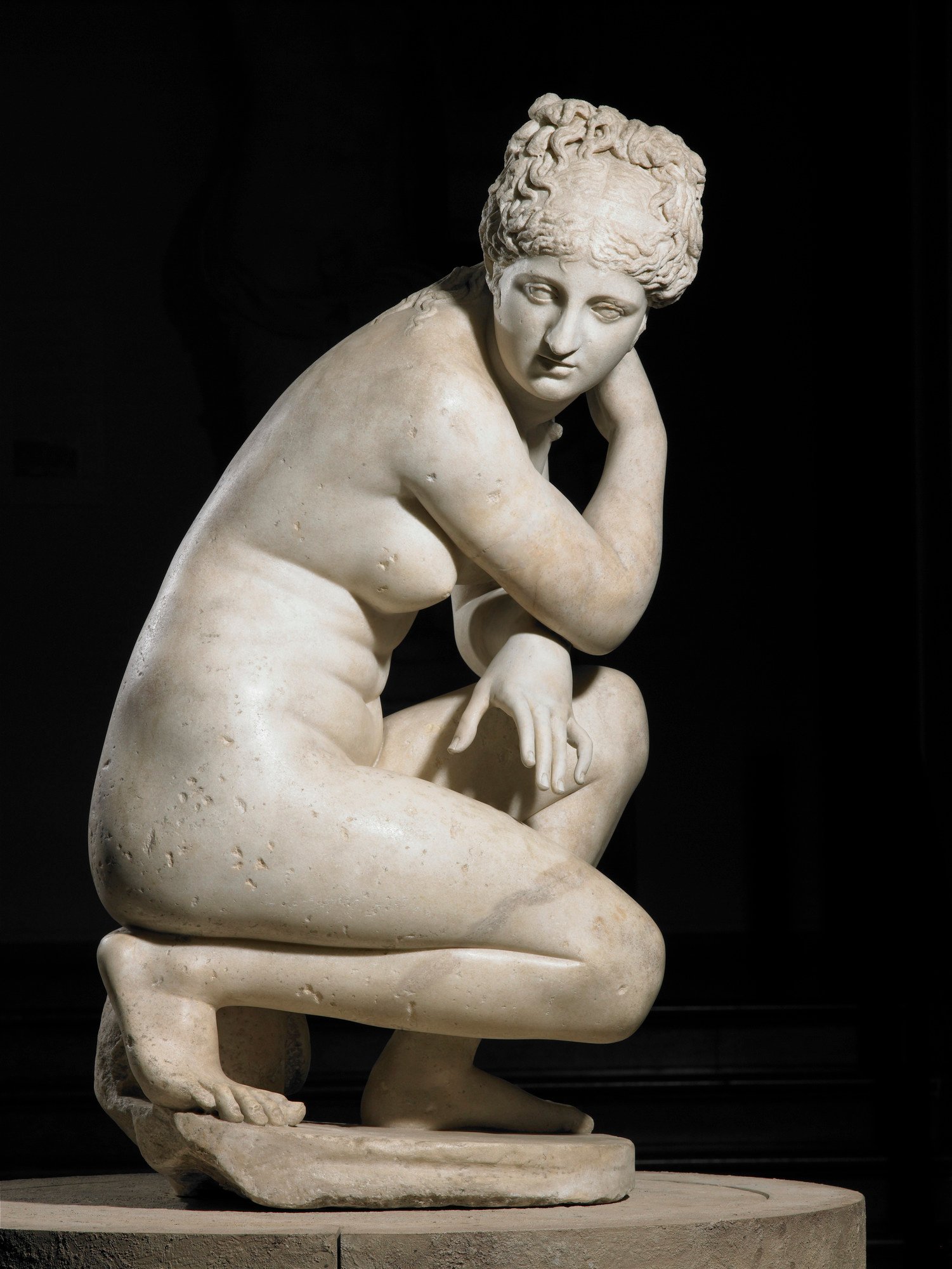 The divinity Aphrodite, or Venus to the Romans, is shown in this sculpture from the 2nd century AD, which is a Romanized replica of an older Greek figure. The ancient Hellenic marble or bronze sculpture, which is now gone, was most likely created between 200 and 100 BC. Aphrodite, the Ancient goddess of love, is frequently depicted with Eros, the god of love, as well as cupids and doves. The sculpture here turns the observer into a voyeur, causing the goddess to be surprised while she bathes.

6. Bust of Ramesses the Great

The Egyptian pharaoh Ramesses II, who ruled from 1279 to 1213 BC, is shown in this massive bust. The bust, which weighs an amazing 7.5 tonnes, was previously part of a bigger monument that sat in the Ramesseum, a temple erected by the king at Thebes (modern Luxor). It was given to him in honor of his military successes and his intimate relationship with Amun-Ra, the creator deity. The poet Shelley’s favorite sonnet, Ozymandias, is said to have been influenced by the journalistic coverage of the bust’s transit to the UK.

The age of this lifelike brass head is estimated to be over 600 years. It’s said to be a representation of an Ooni, a holy ruler of the West African kingdom of Ife. Ife, currently in Nigeria, is recognized as the Yoruba-speaking inhabitants’ cultural and religious heartland, and the traditional monarch of Ife still has the title of Ooni.

Human depictions in Ife’s work, such as this one, have quite a stunning, lifelike approach. Western historians formerly mistakenly assumed that the Ife heads were inspired by Classical art or that they were created by Europeans, reflecting historical views about African culture and art, as well as the claimed supremacy of Western art.

The Ife Head provides us a unique viewpoint on medieval West Africa’s interesting history of great monarchs and kingdoms. Mary Beard, who just became a Trustee of the British Museum, chose this artwork as among her top five favorites in the gallery; read her comments on it here.

Following the violent battle for liberation from Portuguese colonial authority in 1974, Mozambique launched a civil war that lasted until 1977. During this time, the country was flooded with millions of firearms. Following the conclusion of the conflict in 1992, Mozambican Bishop Dom Dinis Sengulane launched a program called ‘Transforming Arms into Tools,’ encouraging Mozambicans to trade their guns for other items. The sculpture features chopped-up AK-47 guns, pistols, and rocket-propelled grenade launchers fashioned from weapons gathered by the program.

The oldest African-American artefact in the British Museum is this hardwood drum. Around 1730, it was gathered in Virginia, which was then a British colony and is today a state of the United States of America. It was originally mistakenly assumed to be a North American indigenous artefact, but it was really constructed more than 300 years ago in West Africa. It was most likely constructed by an Akan craftsperson in the present-day regions of Ghana and Côte d’Ivoire, thus the name ‘Akan Drum.’

The Akan Drum is believed to have been carried to Virginia aboard a slave ship as part of the trans-Atlantic slave trade, which sent millions of Africans to America against their will during the 17th and 19th centuries. Drums were performed on these excursions, and prisoners were made to dance for ‘exercise,’ in order to keep them healthy enough to work on the plantations despite the appalling circumstances. Drums were taken and prohibited in North America as part of the forceful repression of Africans and their heritage.

This remarkable double-headed snake sculpture is constructed of roughly 2,000 pieces of turquoise over a hardwood foundation and was created in what is now Mexico in the 15th or 16th century. It was most likely donned or transported during religious events and had ceremonial importance.

Snakes were revered to the Aztecs because they were the emblem of Quetzalcoatl, the feathery serpent deity. The Aztec Empire had a vast territory that stretched from the Gulf of Mexico to the Pacific Ocean. They were often required to pay homage to the Aztec ruler in the form of gifts. Homage in the form of turquoise were especially prized.

In the 1700s, numerous ancient pieces and contemporary modifications were used to create this 2.7-meter tall vase. It belongs to Giovanni Battista Piranesi (1729–1778), an Italian artist, architect, and antiquarian most renowned for his architecture perspectives of ancient and contemporary Rome, both actual and imaginary.

Piranasi made the vase, among other items, from ancient shards supposedly discovered in the Pantanello, a place on the premises of Hadrian’s home in Tivoli, near Rome. These shards were repaired and combined into very ornate imitations by him.

The library of exile is an artwork by British painter and author Edmund de Waal that houses more than 2,000 volumes in translation authored by exiled writers. It was created as a ‘space to sit and read and be’.

The works, which range from Ovid and Dante to Marina Tsvetaeva and Judith Kerr, constitute a chronicle of tyranny while also honoring the resistance posed by the displaced.

From 1759 until 1997, the British Library was housed at the British Museum. The library of exile also refers to items in the Museum’s holdings from ancient libraries across the globe.

This pole, which was constructed circa 1850, used to stand in front of a clan home in Kayang, British Columbia, Canada. It includes crests, which are ancestral entities that serve as markers of identification and provide households rights to tales and land. Owing to illnesses imported by Europeans in the 19th century, the House and hamlet of Kayang were abandoned. The pole was sold by the Chief of the House to a doctor, who later gave it to the British Museum.

The Hoa Hakananai’a statue originates from the Rapa Nui sacred town of Orongo (Easter Island). It is one of a handful of moai sculptures that the island is famed for, dating from roughly AD 1000–1200.

The majority of moai were built on ledges (known as ahu) that faced away from water, allowing the sculptures to look inwardly at the country and its inhabitants. Islanders worshiped forefathers who drew their ancestry up to the gods all around Polynesia. The Moai were built to honor prominent idolized ancestors. Moai are now known as aringa ora, or “alive faces of the elders.”

Hoa Hakananai’a is sculpted from solid basalt and has a multitude of petroglyphs on his back, including rogue bird figures and human/bird motifs. These are related with the island’s ‘birdman’ rites, that were linked to fertility and economic availability. 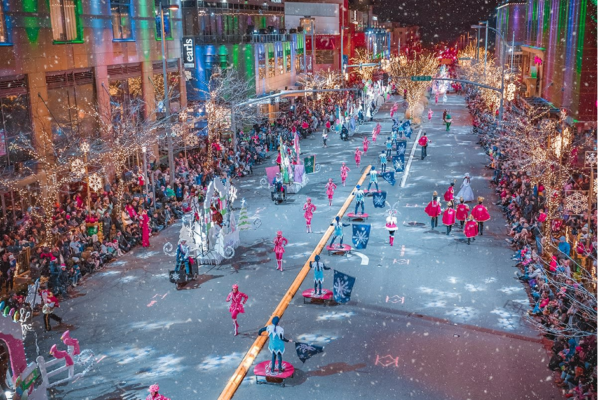 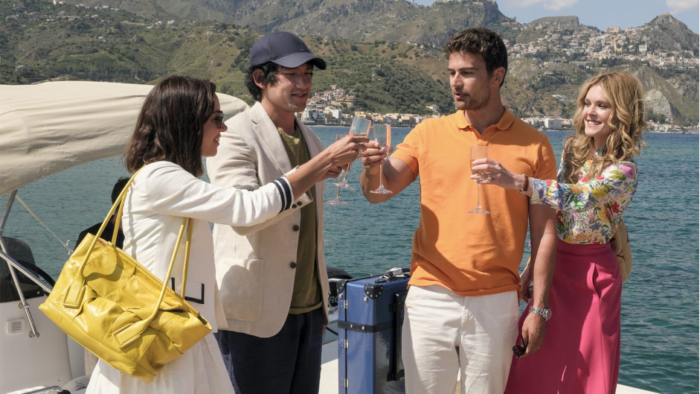