House of the Dragons – Where was it Filmed? 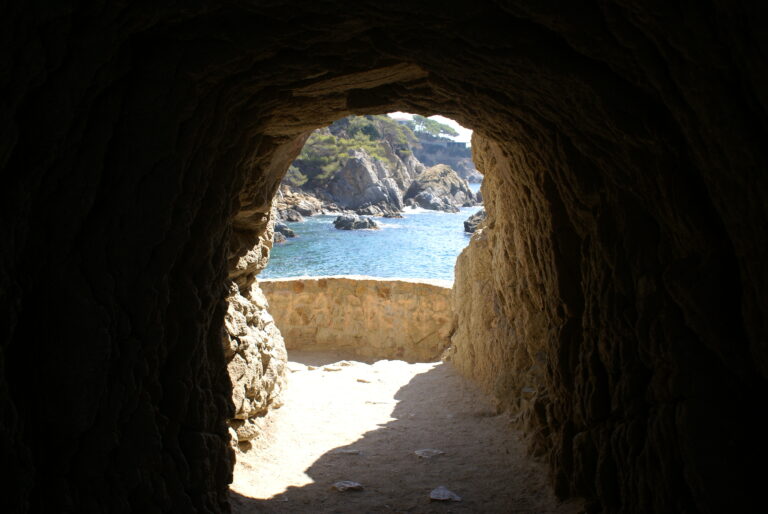 Filming Locations for House of the Dragon

After a grueling wait of 3 years ever since the conclusion of the epic television series Game of Thrones, we will soon be able to return to the fantastical world created by George R. R. Martin, complete with feuding tribal groups, political machinations, and dragons that breathe fire, thanks to the release of House of the Dragon. 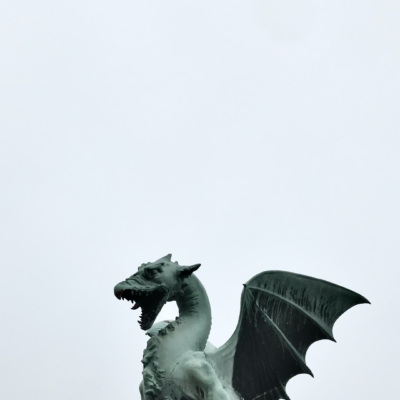 This new saga, which is centered on Martin’s 2018 book Fire & Blood, serves as a prequel to the immensely popular HBO show Game of Thrones. It brings us to the incidents that resulted in the fall of the Targaryen ruling family and the outlaw position of Daenerys two hundred of years later, which is when we had first been presented to the Game of Thrones universe. Paddy Considine, Matt Smith, and Emma D’Arcy will portray the Targaryens, assisted by the Hightower clan of Olivia Cooke and Rhys Ifans, whereas their adversaries the Velaryons will also include Eve Best as well as Steve Toussaint inside this crew. We have been assured that there will be a large number of dragons in the film as well.

House of the Dragon

Then there is the matter of the all-important and epic backgrounds, which were produced, as was the case with Game of Thrones, via a mix of shooting in the studio and on location. House of the Dragon, much like the upcoming season 2 of Lord of the Rings, shot a significant portion of its episodes in the United Kingdom. The majority of the action took place at the Warner Bros. Studio in Leavesden, which is best known as being the location of the filming of the Harry Potter films. The production staff has proceeded with the Game of Thrones ritual of embracing actual destinations all over the world in the show, with many of them being much more accessible for viewers in the United Kingdom. The production companies now give 3 new world-class stages, one of which is a “wraparound” LED room that is capable of producing a 180o panorama.

The following is an overview of the House of the Dragon locations, all of which had a part in the production of what will undoubtedly be the most popular television show of 2022. 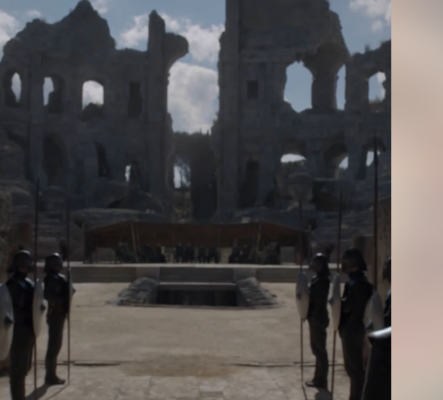 Viewers of “Game of Thrones” will recognize this Spanish medieval village as “King’s Landing” due to its portrayal in the seventh season of the show. In spite of the fact that Dubrovnik is a well-known location, it will continue to serve as the big capital in House of the Dragon. However, this time around, a greater portion of the city’s maze-like grid of streets, towers, and gargoyles will focus on display. In addition to its roles in many films, it is also a UNESCO World Heritage City and a major tourist destination due to the eclectic blend of Roman, Moorish, Gothic, and Renaissance architecture found there.

The next season features a tournament that takes place in Hampshire, which is a location that is more often seen in historical plays set in the 19th century. The region around Aldershot known as Caesar’s Camp was really the location of an Iron Age hill fort, despite the name of the location, which was taken over by tents and a large number of extras.

In order to provide a striking contrast to the seaside landscape of Cornwall, the Peak District, with all of its hills and valleys, will also leave its stamp on the series. Castleton’s strolling center served as the show’s home base, while outside shots were taken everywhere across the neighborhood. Eldon Hill, with its stepped excavation that gives the appearance of a historic amphitheater, and Cave Dale, a slender valley made of limestone that was formed by glacial melt and in which the rock shapes and serenity seem to stop time, were both among the locations that were used. Cave Dale was one of the locations. The fabled Mam Tor, which sits 520 meters above sea level and is the site of a Bronze Age fort, will also be highlighted. Mam Tor is encircled by a cave system that was formerly worked for the gemstone Blue John and is available to visitors today.

St. Michael’s Mount, which features prominently in the world created by George R. R. Martin, is located outside off the southern Cornish coast, not far from Penzance. The structures on this tidal island, which is overshadowed by the Castle of St. Michael, date back to the 12th century, and at one time in the 1800s, there were a total of 53 dwellings on the island. Over the course of more than three centuries, it has been the residence of the Lords St. Levan, who presently rent the property from the National Trust. The Mount was used to portray the castle of the vampire to a beautiful effect in a film rendition of Dracula that was released in 1979 and starred Frank Langella and Laurence Olivier. In terms of House of the Dragon, it will take on the persona of Driftmark in Blackwater Bay, which is the seat of House Velaryon.

A Velaryon base camp was built on the beach at Kynance Cove, which is located to the east of St. Michael’s Mount and on the way to the Lizard Peninsula. Kynance is well-known for its natural caverns, which the Victorians christened with titles like “The Drawing Room” and “The Parlour.” In addition, there is a “Prince Albert rock” on the beach. This beach has a particularly Cornish mix of white sand, blue sea, and granite stacks. Both the British television series Poldark and the movie version of Agatha Christie’s And Then There Were None, which was released in 2015 and starred Poldark actor Aidan Turner, have used it in recent years.

In addition, scenes were shot on the north coast at Holywell Beach, which is located near the surfing capital of Newquay. Scenes that took place here, like those that took place at Kynance, were set on the pirate-infested islands of the Stepstones. Here, Daemon and Rhaenyra Targaryen, portrayed by Matt Smith and Emma D’Arcy, emerged with a timber cabin and boat on the dunes. Holywell Beach appeared often in the Poldark television series and also played the role of North Korea in the James Bond film Die Another Day.

While shooting took place in Cornwall, the crew also traveled over the county line into Devon to film at Hartland Quay. This location is famous for its breathtaking cliffs and dramatic coastlines. The location has been featured in a number of movies, most of which use it as a stand-in for Cornwall. These movies include the famous Disney rendition of Treasure Island from 1950 and the Rebecca adaption that will be released by Netflix in 2020.

This town is located immediately to the east of Cácares and provides a similar combination of ancient buildings going back to the time of the Roman invasion. Its castle, which was constructed during the time of Moorish conquest, appeared in Game of Thrones as a component of King’s Landing; this is a function that it will most likely play again in the upcoming program.

Castillo de la Calahorra is a new site that will be included in this series. It was constructed in the early 16th century on the remnants of a Moorish fort and looks out over the settlement that has the same name. Its turreted battlements cover a wide colonnaded courtyard that was utilized as a setting for the critically praised film Stardust, which had been released in 1974. In the film, it played the role of the luxurious retirement home of a retiring rock star.

The Gardens of Santa Clotilde are an additional testimony to the Spanish affection for Italian Renaissance architecture. From the town’s location a few kilometers up the coastline from Barcelona, the Gardens of Santa Clotilde provide beautiful panoramas over through the Balearic Sea. They were constructed during the Noucentista era of the earlier twentieth century and were given their name after the first wife of creator Raül Roviralta I Astoul. The monument was created by combining seven vines into one large one.

Monsanto, which is located close to Cácares but in Portugal rather than Spain, is referred to as the City of Stone because of the way its construction incorporates the surrounding rocky nature. It is overshadowed by a ruined ruined fortress atop the Holy Mountain, which is whence the town gets its name, but the town’s numerous cobblestone alleyways and churches, which are interrupted by enormous granite rocks, are just as lovely. Even though it was awarded the title of “Most Portuguese Village in Portugal,” the village’s natural vibe and the scenery of the Serra da Estrela that surrounds it makes for a stunning backdrop that is ideal for the story of Ice and Fire.