Ozark Where Was It Filmed?

Ozark is a famous American drama. Bill Dubuque and Mark Williams produce this fantastic series. Ozark series starts with Jason Bateman and Laura Linney. Jason Bateman as Marty Byrde is a financial advisor who ends up in a money laundry conspiracy. Jason Bateman is also the director and producer of the series. The series revolves around Marty Byrde. When the plan goes wrong, Marty and his family relocate to Missouri, where he must make amends with a Mexican drug cartel by expanding his business in the Ozarks.

Do you want to visit and maybe see Where was it filmed?

The filming of the Ozark starts in Atlanta, Georgia, which is near lake Allatoona and lake lanier. To be more precise for those familiar with the Peach State, some other locations of the Ozark are Gwinnett County, Lawrenceville, Duluth, Canton, Peachtree, and Norcross.

The famous and well-known house of the Ozark series, which you can see in the series, is near the lake lanier in flowery branch, Georgia, off Gaines Ferry Road and Bailey Drive. You might be able to see the house’s balcony from the van pugh north park. It is private property, and you cannot visit it without the owner’s permission. We are not telling you to disturb the people there.

The Blue Cat Lodge was shown time and again.  The crew created a set out of an old cafeteria on Lake Allatoona near Canton. The shooting of the strip club Lickety Splitz’s façade is at an abandoned structure near the Motel 6 on Oakbrook Parkway in Norcross. Also, filming of a fantastic fishing scene from the fourth season is filming at Jones Bridge Park in Peachtree Corners.

You must have seen the funeral scene from the Ozark; that scene was filmed at Mount Pisgah Methodist Church Cemetery in Johns Creek.

For those unfamiliar with the cast and the show. Here is a quick look. 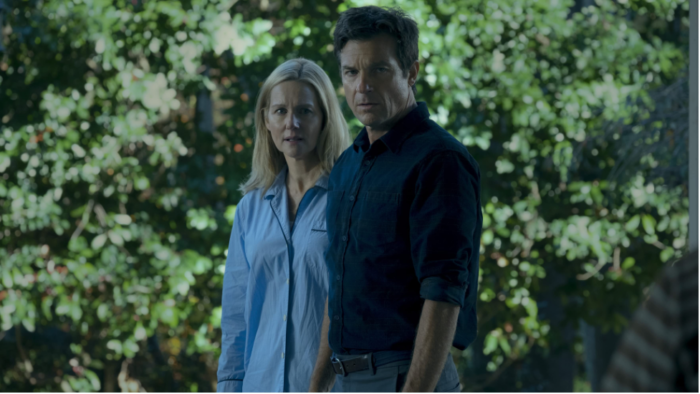 Of course, cast is outstanding and the main reason that makes this season unforgettable. Laura Linney plays the role of Wendy Byrde in Ozark. Wendy used to be a great political candidate, but she had to leave it all behind after her husband’s shady operations were discovered.

Julia Garner plays the role of Ruth Langmore in the Ozark. Ruth is a part of a local criminal family who runs into the Byrdes immediately after they flee to the Ozarks in a panic. Alfonso Herrera plays the role of Javi Elizonndro. Javi belongs to the Navarro criminal family. He obeys instructions from above, but he also has his sights set on controlling the business for himself.

Sofia Hublitz plays the role of Charlotte Byrde. Marty and Wendy’s daughter has struggled at times to adjust to their perilous new life in the Ozarks, even attempting to separate themselves from the Byrde home at one point legally. You can also see Richard Thomas as Nathan Davis, Adam Rothenberg as Mel Sattem, Jessica Frances Dukes as Maya Miller, Damian Young as Jim Rattelsdorf, and Joseph Sikora as Frank Cosgrove Jr in the series.