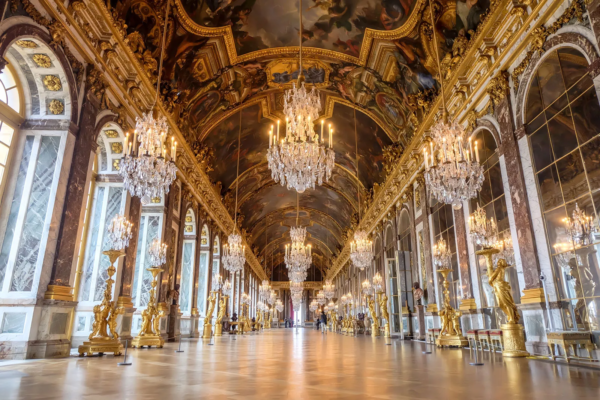 The Palace of Versailles is considered one of the finest examples of French art from the seventeenth century. It began as a humble hunting lodge during the reign of Louis XIII, but was turned into a magnificent royal palace by the Sun King, who relocated his court there in 1682 and made it the formal seat of authority until the outbreak of the French Revolution in 1789. Following that, at the request of Louis Philippe, the magnificent royal home was turned into a museum devoted to the History of France, and a collection of works was assembled in its chambers, which continue to give testimony to the most important events in French history.

The Hall of Mirrors, one of the most evocative chambers in the palace, glows in the light reflected from its numerous mirrors and is one of the most beautiful places in the world. With its riches, the great gallery represents the political, economic, and aesthetic achievements that France has achieved. A daily passageway, waiting area, and gathering spot, it was frequented by courtiers as well as guests and guests of the court. However, despite its magnificence, the hall of mirrors was only used as a background for rituals on rare occasions, such as diplomatic receptions or royal wedding celebrations, which were lavishly decorated. A pedestal was set up at the far end of the gallery for such occasions, and the throne was lowered upon it.

On June 28, 1919, it was here that the infamous Treaty of Versailles was signed, thus bringing the First World War to a close. Since then, the Presidents of the French Republic have continued to host official visitors from France in the White House in Washington, DC. 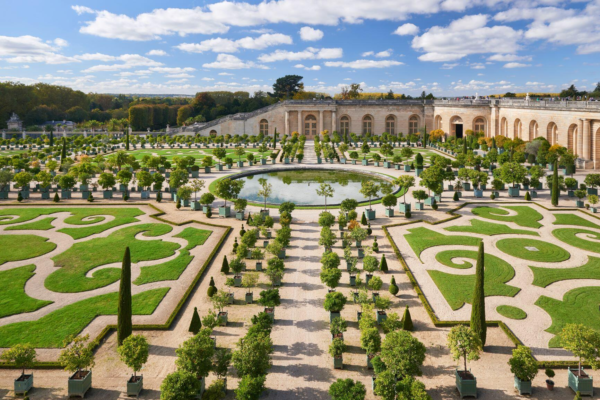 The extensive park that stretches behind the palace is considered to be one of the most valuable assets of the city of Versailles. An enchanting panorama unfolds from the central window of the hall of mirrors, stretching from the foot of the building as far as the eye can see through a long perspective embellished by the work of the architect Andre Le Notre, which includes fountains with elegant sculptures, water games, flower beds, and canals, amongst other features.

The construction of the 1,670-meter-long Grand Canal, which served as a background for several festivals and even acted as a port for ships, was a groundbreaking achievement. As early as 1669, in fact, Louis XIV had small boats and boats cruise the canal, and in 1674, the Serenissima sent two gondolas and four gondoliers to the Sun King, who resided in the houses at the head of the Canal, which from that point on became known as the Serenissima. They were referred to as Little Venice at the time.

It took around forty years to complete the work on the gardens, which started at the same time as the palace’s construction. It was a massive undertaking that required the participation of thousands of individuals.

The Great and the Little Trianon 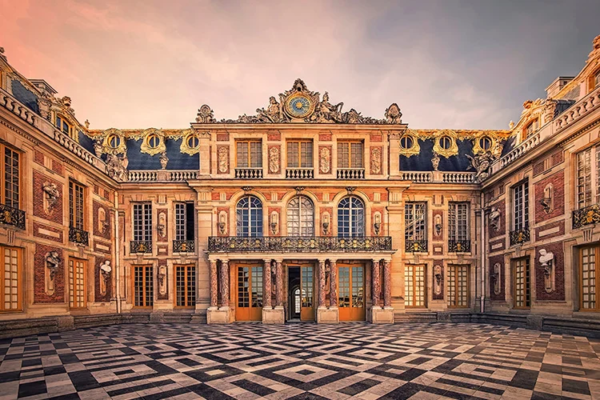 The Grand Trianon is a beautiful and sophisticated “annex” to the Palace of Versailles that was built in the 18th century. The Sun King had ordered the architect Hardouin Mansart to construct it inside the park in 1687, as a haven from the onerous court life and as a result of his romantic meeting with the Lady of Montespan the previous year. The President of the French Republic now resides in a portion of the building, which is currently open to the public.

Marie Antoinette’s favourite destination was Little Trianon, where she discovered an oasis of calm in which to live a simple life, away from the splendour and tyranny of etiquette, and where she could be herself. As a means of “disorienting the king,” Madame de Pompadour commissioned the construction of this small mansion in 1760. Built on a vision by the architect Ange-Jacques Gabriel, who transformed it into a marvel of simplicity and elegance, the palace is a sight to see.

The spirit of Marie Antoinette, on the other hand, reigns supreme in this place. In truth, the palace was given to him by Louis XVI in order for him to live a quiet life away from the responsibilities of the court and its commitments.

PrevA Healthy Place To Eat In Flagler Beach, Florida – Ohana Foods
The Tourist – Australia. Where Was It Filmed?Next