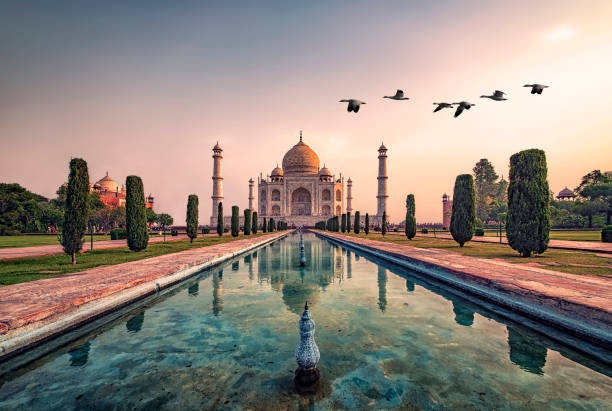 Are you going to visit the land of Gandhi, but don’t know where to go in the midst of so many attractions? Here you will find options on what to do, eat, and where to go in India. Come and discover the main tours to do in the country and return from there completely delighted!

What to do and where to go in India 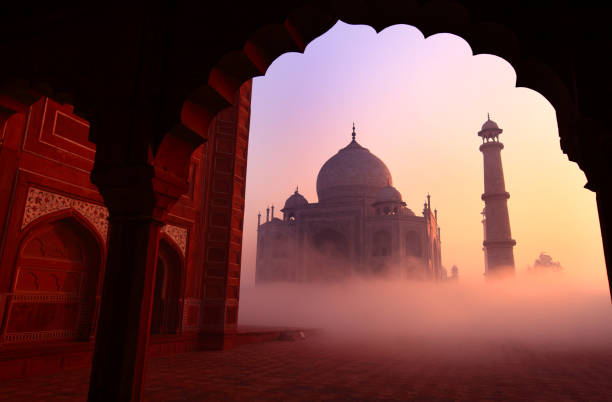 Different religions and ancient ways of life are still part of the life of Indians. With so many monuments and a variety of tours, it can be difficult to decide where to go in India.

If you are thinking of getting to know the country, check out our list of India’s best destinations and its attractions. 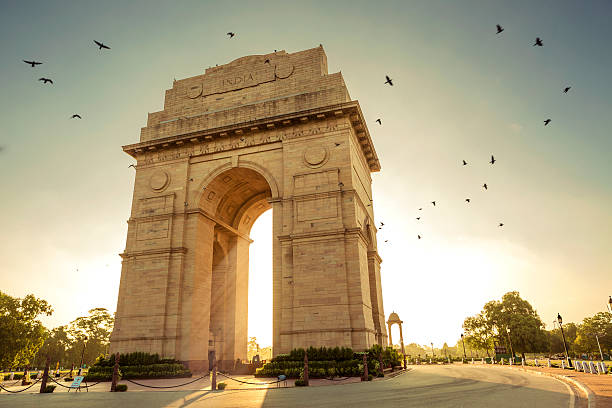 Delhi is the capital of the country and the best destination to see India without filters, with chaotic traffic, lots of people, and pollution. And of course, with incredible monuments that you need to know!

The city is divided into two parts, so the tip is to book at least two days to visit New Delhi and Old Delhi. In the old part, you will find narrow streets, alleys, many mosques, and temples.

You will be amazed by the contrast of Delhi! Check out the most interesting points of the Indian capital: 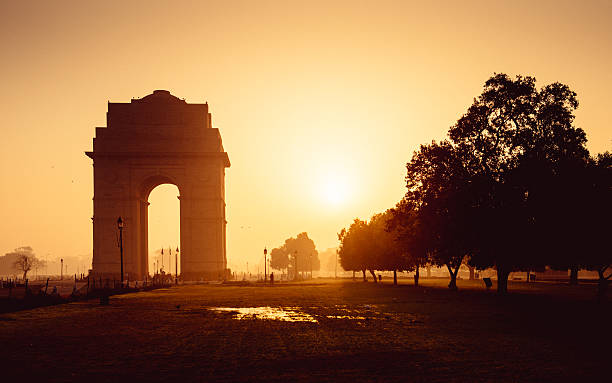 The oldest mausoleum in Delhi, the Tomb of Humayun, and the Laxmi Narayan Temple cannot be left out of the script: a very important Hindu temple in India, opened by Mahatma Gandhi so that people could enter the temple regardless of caste.

Another must-see attraction in Delhi is the India Gate! Just as Arc The Triomphe is for France, India Gate is for India. The Indian Triumphal Arch is a monument to the 70,000 Indians killed during the First World War.

And since the temples are not lacking in India, how about visiting the world’s largest Hindu temple? The Akshardham Temple was built in just 5 years and is one of the main attractions in New Delhi. 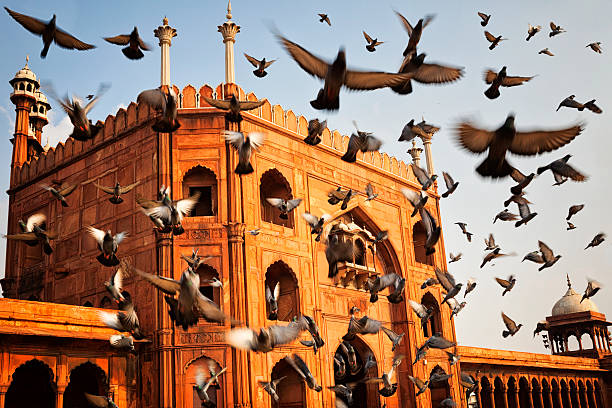 In the Old Delhi region, take time to visit the Jama Masjid Mosque, the largest mosque in India, and the Red Fort, the former palace of the royal family. 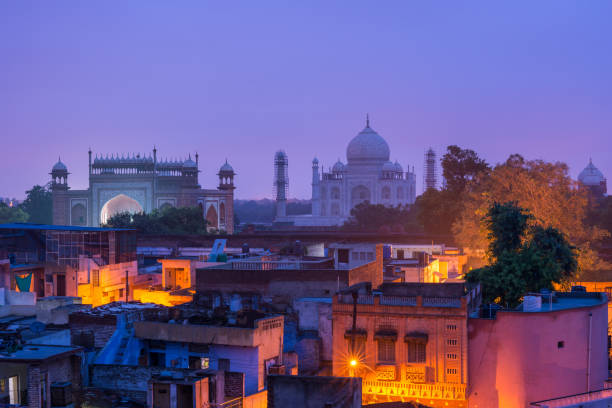 It is impossible to leave Agra out of any post about the country, especially when we talk about what to do in India – after all, that is where the famous Taj Mahal is, the main postcard of the territory.

In Agra, get ready to find very narrow streets and the characteristic chaotic traffic of India. But the main attractions are the monuments, which are even part of the UNESCO World Heritage list.

Some interesting points in Agra:

The famous Taj Mahal, a UNESCO World Heritage Site, is considered one of the seven wonders of the modern world and was built in memory of one of Emperor Shah Jahan’s wives – the monument is known as the greatest proof of love that has ever existed! 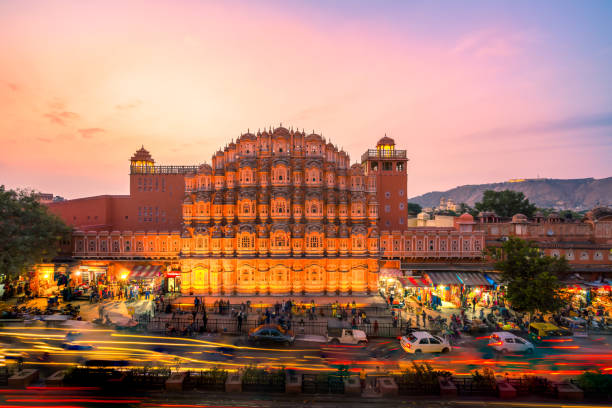 Jaipur, capital of the state of Rajasthan, is also known as the pink city and was painted in honor of the Prince of Wales when he arrived there. Like everything in India, it is a chaotic city, but in a good way!

If you are passing through the city, put the City Palace in your itinerary. The complex consists of two palaces: Chandra Mahal and Mubarak Mahal, with Chandra Mahal still being the home of the royal family.

Take the opportunity to visit the Hawa Mahal, the facade built so that royal women could see the city without being seen – it is shaped like the Hindu god Krishna’s crown.

Finally, it is worth seeing the Jal Mahal, the “palace of waters,” built right in the middle of Lake Man Sagar in Jaipur. 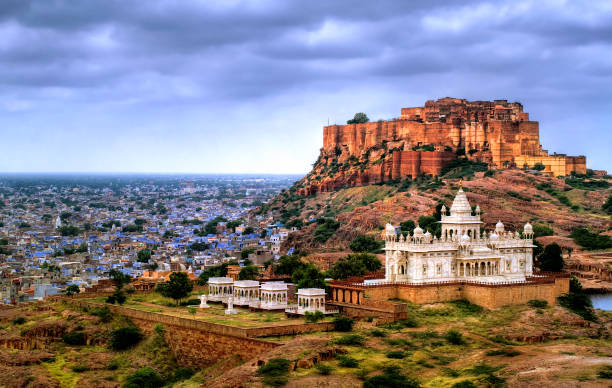 Well known as the blue city because of the houses painted in blue, Jodhpur is a crowded city that suffers from pollution. Some sights to know in the city are:

The Mehrangarh Fort, 122 meters above the city, is one of India’s largest forts and functions as a museum. To get to know, just pay a fee to enter, another to take photos, and one for the audio guide.

It is worth walking through the streets of the city center and around the clock tower. There is the ideal place for those who want to know India for real.

Venice of the East: Udaipur 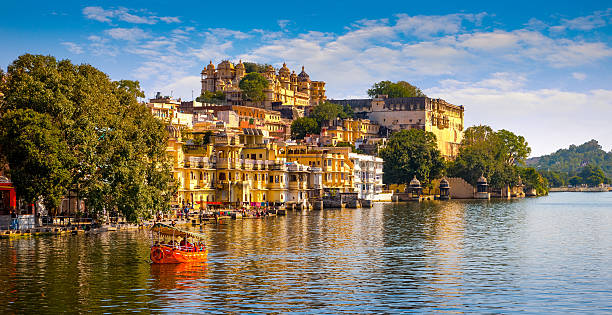 The city of Lakes – or Venice of the Orient – is considered the most romantic city in the country and can be the perfect destination for those traveling together. There, even hotels are an attraction, exactly because they are “floating” accommodations.

Rajasthan’s largest palace, City Palace, has a museum in the upper area and a beautiful view of the lake. Also, it is also the residence of the Maharaja royal family and one of the main attractions in the region. 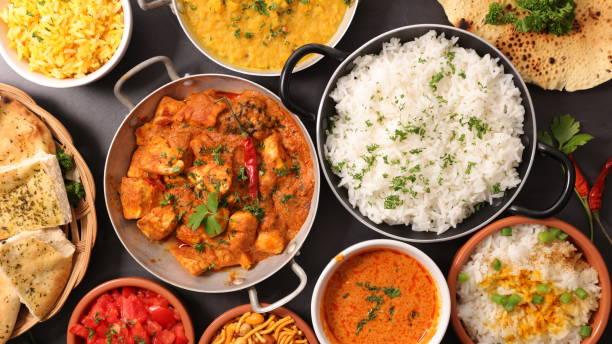 There are many options for recipes, typical dishes, and ingredients in a large country with so much cultural and religious diversity.

The most famous fried dish in India is Samosa, and you can find it anywhere. It is a kind of pastry filled with potatoes, onions, and vegetables.

If the seasoning is too strong for the Brazilian palate, bet on Lassi, an Indian drink that can be sweet, s alty, or with the taste of mango. Because it is based on natural yogurt, it helps to break the spicy taste of typical dishes.

India is a diverse and exciting country to visit with so much to see and do, and many exciting foods to try. By following our recommendations above, you’ll have a fantastic time on your next visit to India and will be able to catch the top attractions regardless of how long you plan to spend exploring the country.