Tower of London – Let’s see what is new and old. 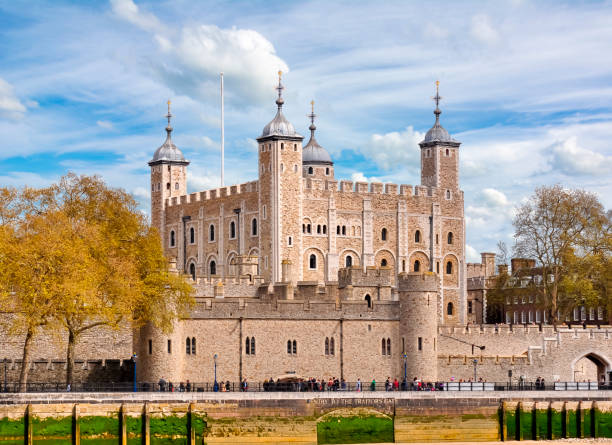 Of the many monuments that London has, the Tower of London is one of the best known and most visited in the city. Built-in early 1066, it has been a fortress, arsenal, and royal residence for more than 900 years. And how could it be otherwise, countless legends and stories, some somewhat macabre, surround the history of this fortified enclosure?

The Tower of London  is located on the banks of the Thames next to another well-known monument, London Bridge, yet another  of the many symbols of the city. Before we talk more about the Tower of London. Did you know ?  London Bridge  was the first drawbridge built with the idea of ​​not interrupting river traffic and connecting the two banks of the river after the great expansion of the city.

Of all the buildings that can be visited inside the castle, the White Tower stands out, located in the center of the architectural complex. The oldest of those built served as an armory and royal residence Today, it houses a collection of armor, the Royal Chapel, and several exhibitions that explain the history and the different uses of the  Tower.

Undoubtedly, the most visited place in the Tower of London is the building that houses the British crown jewels,  known as the Crown Jewels. Located in a vault, the security measures are very strict. You can’t make a video or take pictures, there is even a conveyor belt, like in shopping malls, so that people don’t linger in front of the windows for too long. Look but don’t linger too long.

The Tower of London has other interesting points that are well worth spending some time on your visit, such as:

The Beefeater, guardians of the Tower of London, are in great demand to take the typical photograph with them. For 700 years, the “ceremony of the keys” has been held at 9:53 pm sharp. A symbol of British punctuality that was only delayed during a WWII bombing raid.

In addition to the guardians of the keys to the Tower. There are Ravemmasters who job it is to take care of the crows that live in the fortification.  These  seven crows reside in the Tower, and they stay there as  their wings are clipped. According to legend, the day the crows leave the Tower, the British Empire will fall, thus ensuring the end of their existence.

Practical information for the visit:

It would be very long to complete an article on the Tower of London, each one of its corners breathes history. Many are the historical figures who have resided or have been related to this emblematic monument of the United Kingdom.

In the interior gardens, medieval fights and other typical scenes of the time are staged. There are temporary art exhibitions, in the different buildings and monuments of the enclosure, detailed information on its history.

As in any castle worth its salt, there are legends of illustrious ghosts that continue to roam the Tower of London, such as that of Anne  Boleyn  or that of Henry VI, who was stabbed by Edward IV, among other famous characters who lived within its walls.

A minimum visit will take you 2 to 3 hours, depending on the people who are visiting it and the time you want to spend on one of the itineraries that the audio guides recommend. Although a complete visit touring each of the buildings and rooms that compose it well can occupy a whole day.

Take comfortable walking shoes and if you go in the summer a light jacket.